Steve Altier is a bestselling paranormal, mystery, suspense writer. Known for his multi-award-winning series, The Lizardville Ghost Stories, and Amazon bestseller, The Ghost Hunter. He also has a fun line of middle-grade stories, The Gabby and Maddox adventure series. Several of his works have appeared in the national literary magazine “Story Monsters Ink.”

Steve was born in a small town in central Pennsylvania, aka Lizardville where he grew up in the old dam keeper's house. He currently lives in Florida with his wife. Steve has four daughters and a house full of cats.

He’s an avid reader who also enjoys bowling and spending time at amusement parks. He loves to travel, take trips to the beach, or just lay around the pool with family and friends.

Steve had aspirations of being a writer when he was young. He took journalism courses in high school. Life, however, as with most people, took him on a different path. He joined the Air Force after high school and spent four years serving and protecting this country.

When asked if he would branch off into a different genre other than young adult books, Steve replied that maybe one day he'll write an adult thriller.

Steve’s goal is to continue to work on his books, producing one or two a year. He indicated that it was a wonderful feeling and a sense of accomplishment to get the book written, work with the editors, illustrators and in the end, see it all come to life when it's published.

He also likes to work with local charities specifically related to children’s hospitals and animal clinics.

Finally, when asked if there were any words of wisdom he would like to impart to his readership, he simply said, “Always follow your dreams." 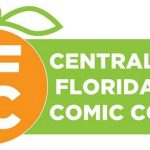